Just in time for San Francisco Beer Week, I am proud to announce the grand opening of Shadow Puppet Brewing Company in Livermore, California, happening TODAY from 11 am to 11 pm. Shadow Puppet is currently one of four craft breweries in the city of Livermore, which is well on its way to becoming a destination for beer drinkers as well as for wine tasters. Shadow Puppet features an amazing variety of beers, and a beautiful, family-friendly tasting room.

The brewery is family-owned and operated by founder Brian Blackburn and by Brewmaster and Master Builder Craig Danielson. Ordinarily I would say you can recognize Craig by the big beard, but since it’s a brewery, half the guys in there will have one ;) Here’s a picture instead: 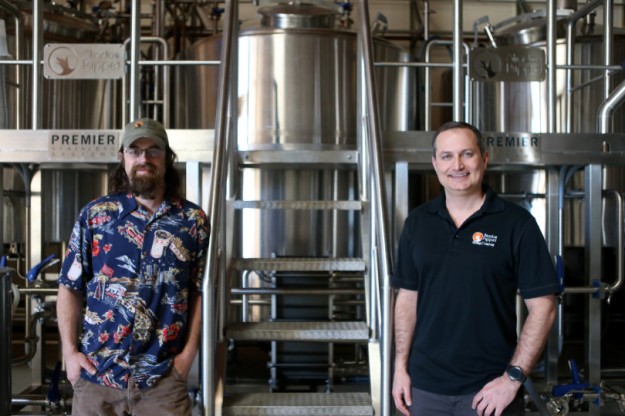 The Grand Opening event promises to be a great time, with the ribbon-cutting taking place at 11:30, a live band from 3:30 to 6:30, and a massive selection of 14 beers on tap, including a just-released Golden Sour Ale. If you can’t make the opening, don’t worry – the taproom is open Thursday through Sunday; visit the brewery’s website for the current menu and hours: www.shadowpuppetbrewing.com.