Today I visited Dinosaur National Monument. It’s part of what they call the “Dinosaur Diamond” in the upper northeast corner of Utah and northwest corner of Colorado. This is an area in which a large number of dinosaur fossils have been found, mostly thanks the combination of mountain-building forces and erosion, which led to the exposure of previously buried layers of rock. 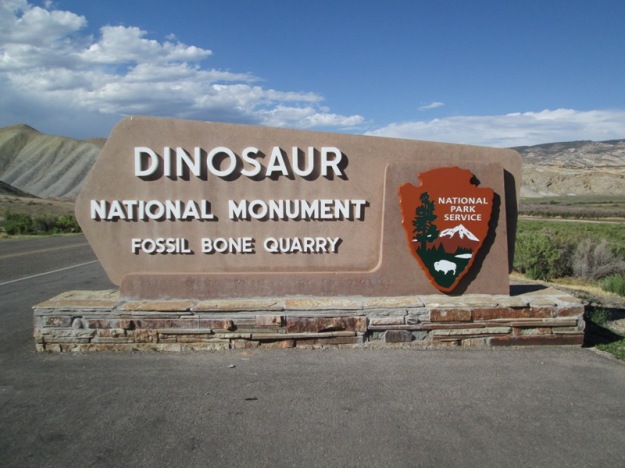 But even for this fossil-filled area, Dinosaur is stunning for the number and variety of dinosaur bones that have been found there. While they do have some reconstructed skeletons on display… 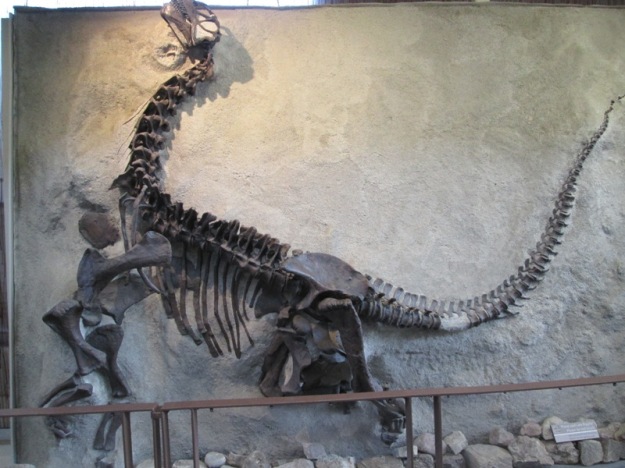 … the main feature of the Quarry Exhibit Hall is a giant wall of rock in which literally hundreds of bones are embedded and clearly visible. 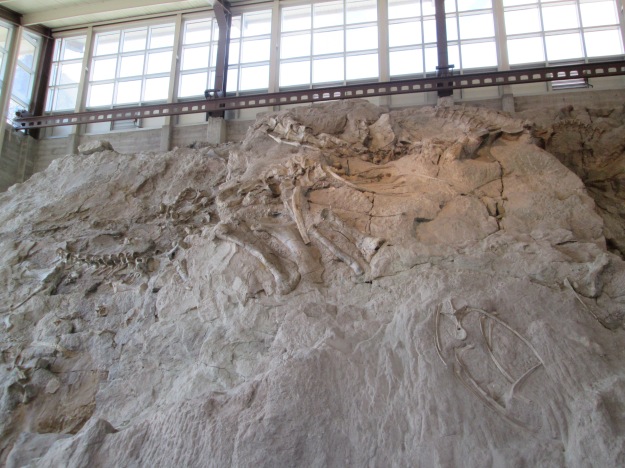 You can even touch the ones you can reach; evidently they aren’t harmed by the oil from your fingers, as so many relics are.

There’s a rather sad story behind this amazing paleontological find. Evidently the site used to be a riverbed. During a drought, many dinosaurs died in the area. In the course of subsequent flooding events, their skeletons were covered with mud and sedimentation and eventually fossilized. Later they were exposed by the uplifting of the Uintas Mountains, which caused the rock that had been beneath the ground to be pushed up out of it, leading to paleontologist Earl Douglass’ amazing discovery back in 1909.

You can experience a bit of what Douglass did by taking the Fossil Discovery Trail, which is an outdoor trail that walks you through various rock formations in which, if you study carefully, you can find exposed fossils! Not as plentiful, and you have to search pretty hard to see them, because they certainly aren’t obvious. Their colors blend perfectly with the rocks, which I guess is a part of the process of fossilization, but if you look closely, you can pick them out, because the shapes of bones are there, and also, they tend to be a bit shinier. It’s tricky, though. I can’t even spot the one I found in this photo – can you? 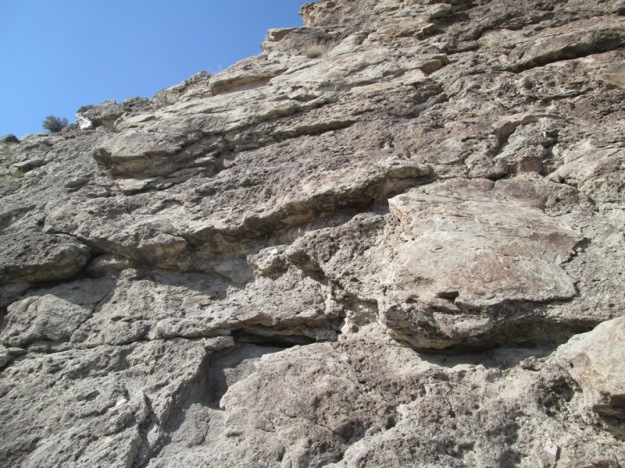 Dinosaur is a very neat place – well worth the visit and the searing desert heat. But I must confess that the rarest fossil I found was actually in nearby Vernal. I mean, dinosaur bones are one thing, but I never dreamed of seeing one of these again: